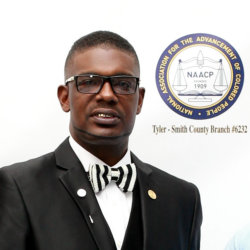 Visionary, Mentor, Entrepreneur and Servant. The Question: “How can I ensure that my life will not feed the perception of negativity but increase the awareness of reality.”

Cedrick is a graduate of John Tyler High School Class of 93′ and served as President of the Business Professionals of America. He received Honors in Business Law and Graduated in the top 20% of his class. The son of a pastor with strong roots in the Church of God in Christ International, success began with a sure foundation. After attending Tyler Junior College and majoring in Business Administration, Early Childhood Education and Paralegal studies, a business plan was put together to become a major force in the fashion industry in Texas. The MAGIC Clothing Show International in Las Vegas, Nevada became a second home. Friendships were forged with good advice from acquaintances like Russell Simmons and Floyd Mayweather, Jr. and dreams quickly became a reality.

A business owner since the age of 22, Cedrick has carved out a niche in Tyler as the proud owner of 100 Grand Clothing and Barbershop, in conjunction with A & J Alterations, which is owned by his mother Emma Granberry and wife Angela Granberry. The journey began in East Texas but has continued to thrive throughout the country with contacts in California, New York, New Jersey and Atlanta.

Having the flexibility to facilitate and operate a successful business has its fringe benefits. Serving the community is and will always remain a top priority for Cedrick. While serving on People Attempting To Help (PATH) Board of Directors and providing insight, Cedrick has also represented Smith County as a Voting Delegate at the Texas State Democratic Convention. He also simultaneously served on the Smith County Historical Project Long Range Planning Committee and was privileged to meet some of Texas’ political elite from Gubernatorial candidate Senator Wendy Davis to State Senator Royce West to US Congressman Al Green.

He has served as an Election Judge in Smith County for the Presidential Election cycles, including but not limited to, 2008, 2012 and 2016. “I feel that our presence in politics here in East Texas must be endorsed by the younger generations more and we must become engaged civically all the way to the State Capital.” He was the co-host of a weekly radio show on KGLD 1330 AM Mondays at 12:00pm (2011-2017) noon along with Dr. Nile Smith of Morehouse College and Rev. Cedric Billington (Tyler)(Jarvis).

His mentors include Bishop W.B. Houston, founder of Houston Temple Church of God in Christ which is currently pastored by his father, Pastor J. W. Granberry; Bishop Dr. David Houston (Texas Northeast 2cnd-C.O.G.I.C.); Dr. Ed Childs, Director of the Morehouse School of Surgery; and, Dr. R.L. Atkins of Jarvis C.C. who was the Scoutmaster of an all-black troop of the Boy Scouts of America in Tyler (Troop #1).

Upon becoming the President of the NAACP Tyler Chapter (6232) in 2014, the work has not stopped, he has continued to remain committed to addressing racism and eradicating discrimination within the scope of issues as important as the Tyler Public School Desegregation Order, as well as the removal of the Confederate Battle Flag at Camp Ford (Tyler). Change is here, and success is imminent. Activism and mentoring are not a choice they are responsibilities that cannot be taken lightly. They must become a part of our daily lives to affect the fabric of society that perpetuates citizens that are willing to be part of the story of history, which is constantly being written.

Cedrick, a Proud husband of 14 years to Angela Jackson-Granberry, a Nacogdoches native, children Tykei (Autela), Asia, Ja’Mya, Cedrick Jr. A good man will leave an inheritance for his children and his children’s children. Continue to pray for the direction, continuity and relevance of the National Association for the Advancement of Colored People….